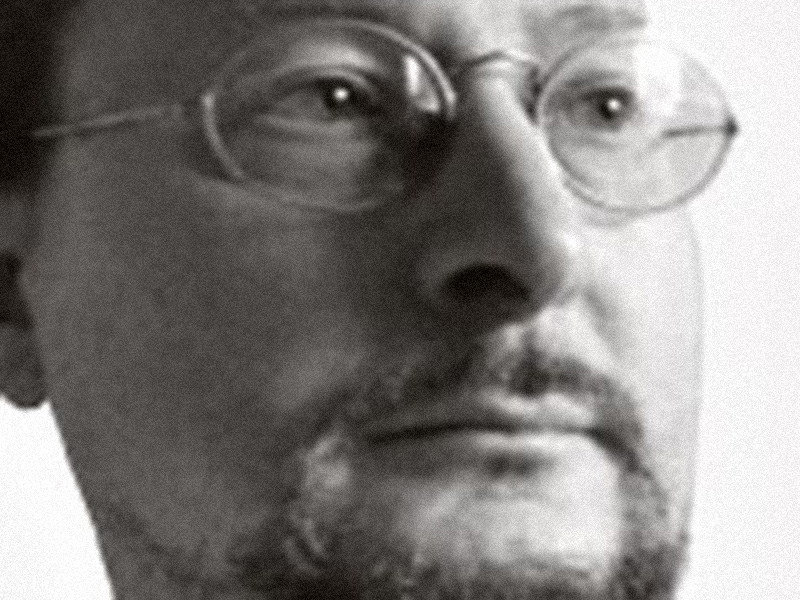 Marco Agnoli was born in Milan in 1960 and received his degree in Architecture from Politecnico di Milano in 1985. Since 1987, he has been a full-time freelance designer working in the field of interior decoration and construction. He has designed furnishings made of aluminum (Ycami Collezioni), cane and wicker (Perantonio Bonacina), and wood (Atlantis, Bellato, Dada), as well as upholstered furniture (DEMA) and lamps (Valenti). He has been working with DEMA since the very beginning of his career (1987), in a collaborative relationship that has lasted for decades. One model in particular, Ottomanne, is still in production more than 20 years after its launch.
MODELS:
•OTTOMANNE 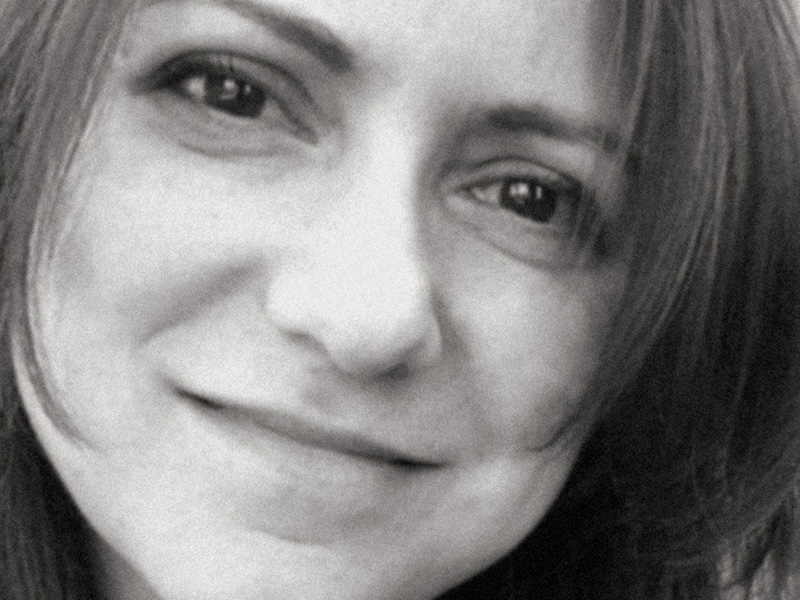 Azzurra Bimbi was born in Florence in 1974 and graduated university in 2002 with a degree in Industrial Design from the Florence Department of Architecture. Her thesis was based on ergonomics. She began her career in her father’s studio, the designer Carlo Bimbi, and she won first place at the “Esaedro 2003” International Design Competition with her armchair, “Peanut”. She moved on to architecture, collaborating with the CSPE studio to design the New Meyer Pediatric Hospital in Florence. She then worked as a design consultant, in the brand management sector and in the design of trade fair stands for several companies, including Bosal, Laika Caravans SpA, Mobilvetta Design, Trigano SpA, Le Porcellane Home and lighting, CR Abitare, Dema, and Esmalglass-Itaca Gruppo.   In addition to the concept of ergonomics, over time she has also focused her designs on light and color in interiors.
MODELS:
•PIANTANA TONI
•PIANTANA YUKI
•PIANTANA DACIA 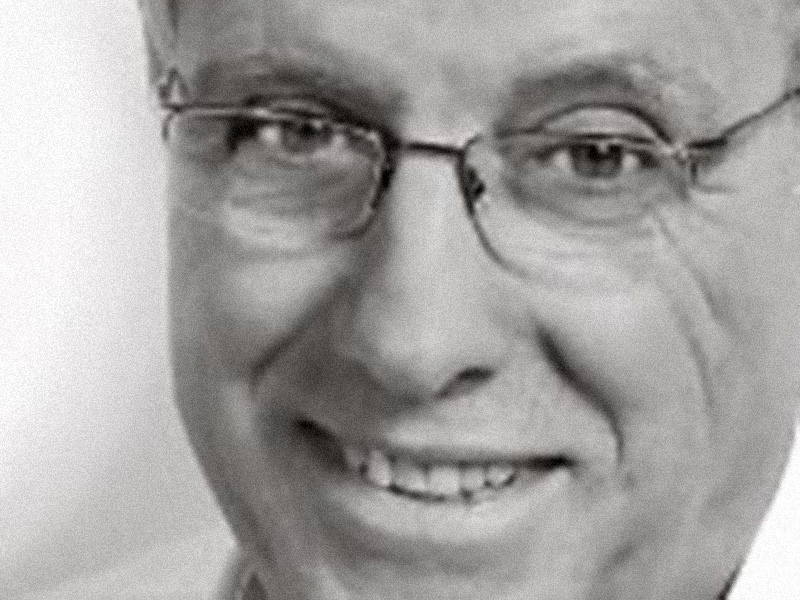 Born in Volterra on December 28, 1944, he lives and works in Florence. Carlo Bimbi holds a degree in Design from ISIA Florence. He started out with Nizzoli Associati in Milan, and in 1970, founded Internotredici Associati in Florence with Nilo Gioacchini and Gianni Ferrara. Just a few years later, he was featured in the exhibition "Italy: The New Domestic Landscape" with Tuttuno which has been in the permanent collection of the NY MoMa since 2007. Since 1985, he has had his own practice in Florence, primarily dealing with design and consulting for the furniture sector. He has taught at the ISA, the ISIA, and the University of Florence Architecture Department for its degree course in Industrial Design. He is active in the Tuscany Delegation of ADI, holding the post of vice-president, and was on the ADI Design Index thematic committee for Abitare 2009/2010. He has designed articles for Arketipo, B & B Italia, Bontempi, Dema, Casprini Gruppo Industriale, Ciatti, Dema, Falegnameria 1946, Ferlea, Fratelli Guzzini, Gruppo Sintesi, Ifi Industries, La Falegnami Italia, Le Porcellane, Neolt, Segis s.p.a., and Zucchetti Rubinetterie, among others.
MODELS:
•ALTOBASSO PLUS
•DYNAMIC PLUS
•RIALTO
•VALENTINA
•ARNOLD
•BETTY
•BOULE
•DADA
• DAM
•ELETTRA
•FLÛTE
•HOTELLO
•CUBO ALABASTRO
•EDGAR
•EMILIA
•OFELIA BAR
•OFELIA
•PIANTANA ALABASTRO
•PIANTANA EDGAR 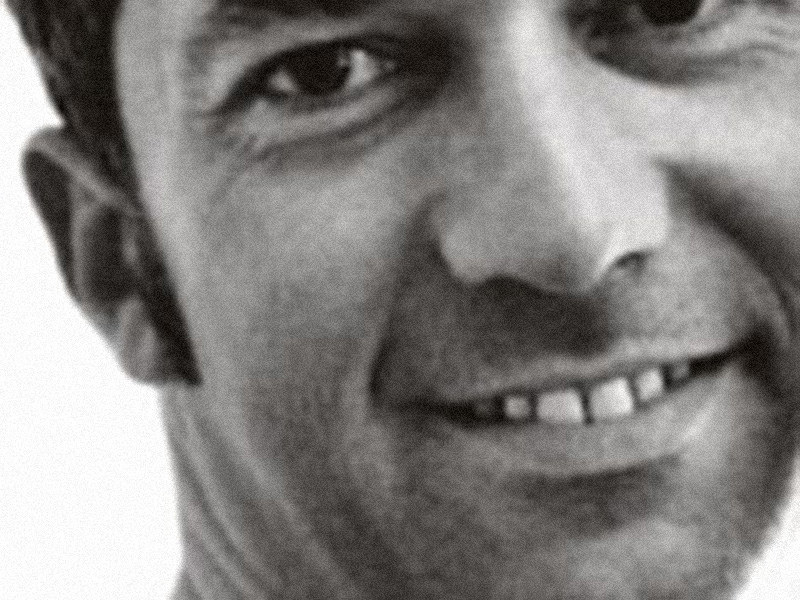 Leonardo was born in Pisa in 1971 and in 1994 he graduates him in industrial design to the accademy cappiello of Firenze. He begins his career as industrial designer planning a new furnishings brand in 2004 ego zeroventiquattro that becomes phenomenon of market and reference for a new decorative style and tendency.
MODELLI REALIZZATI:
•MANHATTAN
•MIAMI 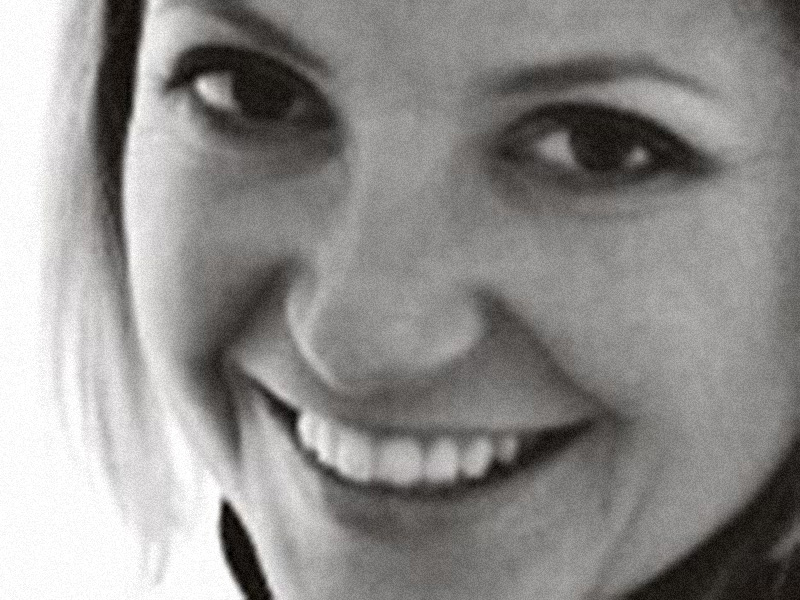 Marzia was born in Milano. She is graduaded in 2001 to the politecnico of Milano; from 2005 she works on industrial and visual design for shop, show room, furniishings and interiors.
MODELLI REALIZZATI:
•MANHATTAN •MIAMI 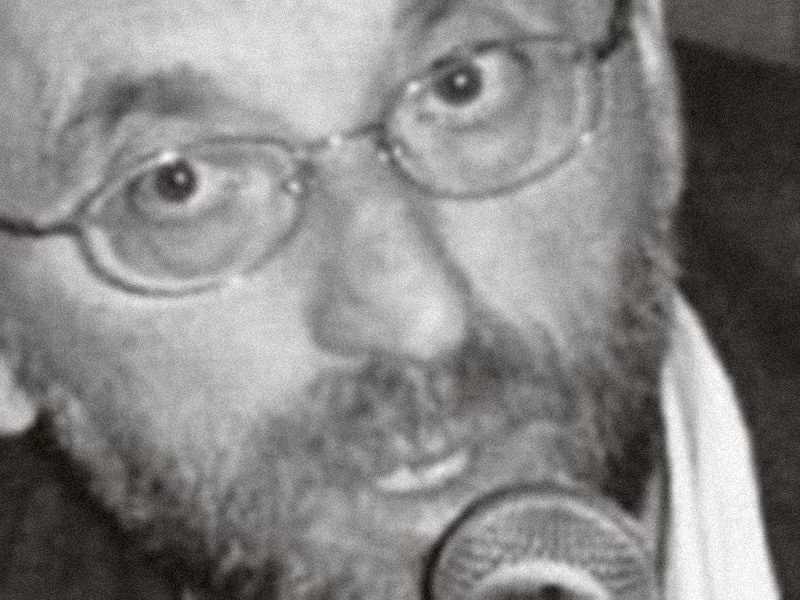 He was born in Rome and later moved to Pistoia. After graduating at the 'Pacinotti' technical college, in 1967 he began working as an in-house designer for the company PERMAFLEX, where he performed research on the use of expanded polyurethane materials for the construction of furniture in general and upholstered furniture. From 1970 to 1975 he directed the technical department of UNO PIU' the leading company in the sector of chemical products for furniture at that time. He worked together with various architects and designers, helping them to turn their projects into an industrial reality. He also fine-tuned a series of products which used expanded polyurethane at industrial level and which, combined with state of the art mechanical production techniques, thus giving life to the first products of UNO PI. He contributed to the technical design of passenger seats for scheduled aircraft, including the European DC-10, the Presidential aircraft DC-9 and the European AIRBUS. From 1975 to 1977 he collaborated with the company Giovannetti of Pistoia, where he was able to refine his experience, helping to industrialize the projects of various architects and designers. He designed various mechanisms, components and systems for use in sofa beds. In 1977 he opened an industrial design and technical advice studio, thus becoming a professional designer in his own right. He is the designer of several innovative sofa beds, in addition to other products such as chairs, armchairs, beds, furniture and fitted furniture systems. Images of his products have been published in the most important furniture magazines.
In 1985 he won the first prize for Italian design in Rome with the BILBO' sofa by edra.
In 1987 he won second prize at the Neocon in Chicago, with the chair P/40 by Fasem.
In 1988 he designed an innovative sofa system for Zanotta called EUROPA.
In 1995 he presented his adjustable chairs called FLESSIBILE for EDRA.
In 2005 for Fasem he designed the leather chair collection named CLIP.
In 2007 he designed the VELIERO collection of sofas with an adjustable structure.
www.gualtierotti.com 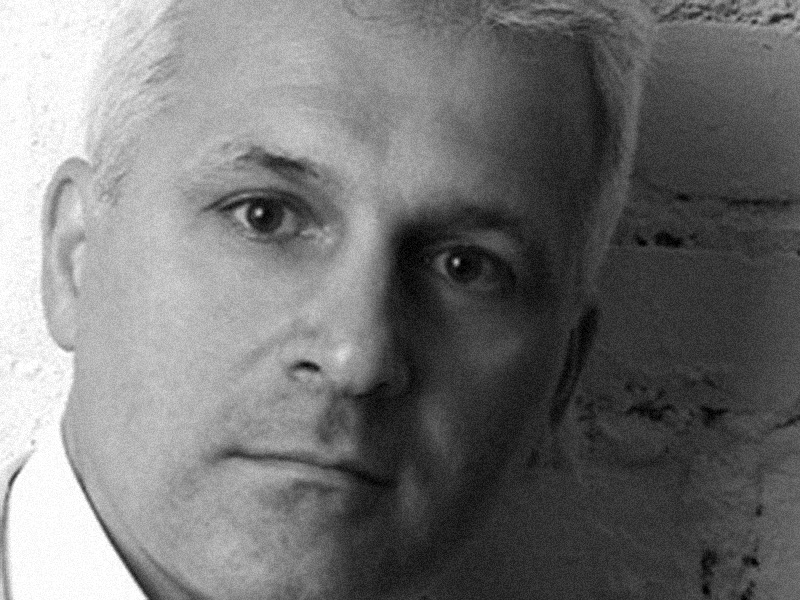 Mauro Lipparini earned his degree in Architecture in 1980 from the University of Florence, where he also worked as a professor. Lipparini won the international design competitions Young & Designer Milano (1987) and International Du Pont Award Köln (Germania, 1988 and 1989). His intense activity in the industrial design sector includes furniture for both the home and office, the textiles industry, and other products created for many companies in Europe and Japan. In the architecture and interior design sectors, Lipparini has mainly concentrated on private and public residences, showrooms and retail spaces, as well as exhibition installations. Lipparini also designs and creates advanced corporate identity systems, from the graphics to editorial layouts and production. Lipparini’s style is based on the essential forms and clear, energetic lines of natural minimalism, marked by a joyous spirit, exalted by a sense of aesthetic pleasure and creativity. With his free use of colors, organic themes, and original visual ideas, Lipparini amplifies the minimalist palette, channeling the immediacy and power of this form of aesthetics towards a new era of maturity and well-being.
MODELS:
•BABILONIADUE 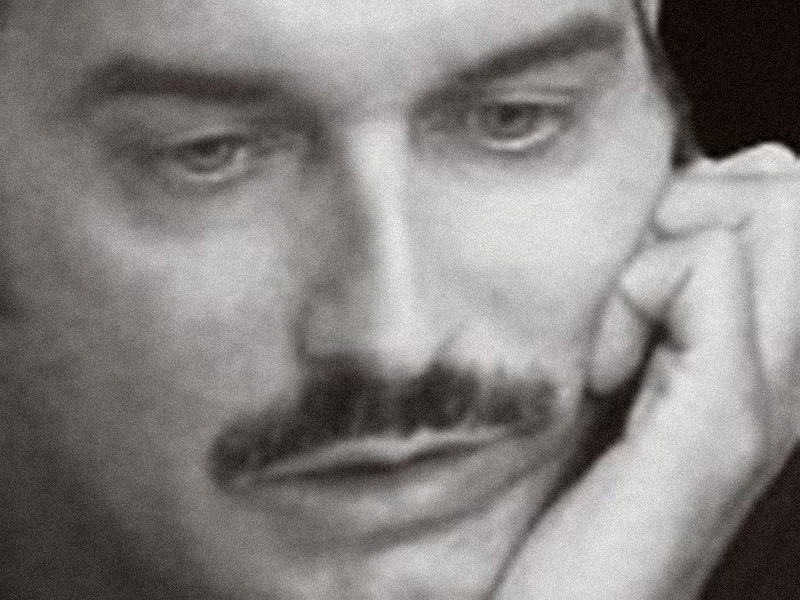 Maurizio Manzoni was born in Nuoro in 1967. After earning his Architecture degree in Florence, he began his career in the field of industrial design, working with leading companies in Italy and abroad, such as Arketipo, Dema, Difer, Fendi Casa, Fiam, Italvelluti, Luilor, Kenzo Maison, Ycami, La Falegnami, Lancia, Ligne Roset, MDF Italia, Pedrali, Roche Bobois, Steiner Paris, Treca Interiors, and Visionnaire. For Lancia, he conducted the "Designing the Invisible" project aimed at developing the Dialogos concept car. His activity extends to interior architecture, graphics, booth design, fabric design, and interior and exterior design for motorboats and mega-yachts. In 1999, he was appointed Visiting Professor for the course in Fabric Design and Diagnostics at the University of Florence (Department of Costume and Fashion Design & Department of Industrial Design). He currently lives and works in Florence, where he founded StudioMEMO in 2001 with the designer Prof. Roberto Tapinassi.
MODELS:
•SKYLINE
•BOSS
•MODULOR
•NEWPORT
•SLIM
•MODULOR
•CUBIC 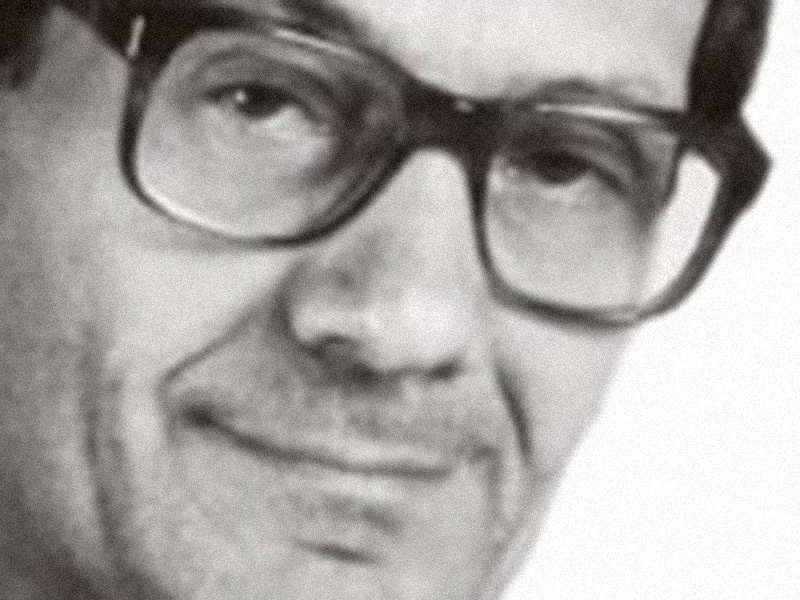